Waste Not, Want ALL! 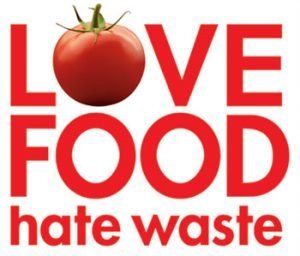 We don’t need Monsanto to feed the world.. and we don’t have a food shortage problem. Just the opposite. Our food waste IS a big problem. We most certainly have a food distribution and handling problem.

Food Waste needs to stop. I have worked in commercial grocery or some form of hospitality most of my working life and I see first hand the waste that happens, from the retail end AND from the customer end.

From the retail end food is thrown out because it is not pretty enough or due to unreasonable expiry dates to name a few. Too stringent food safety rules make it impossible to donate much of what is very donateable.

Customers return items (not just food) for the most ridiculous reasons because they are spoiled and due to competition stores have a no questions asked return policy. The questions need to be asked… trust me.

Restaurants give ridiculously large portions and left overs have become uncool to take home. All you can eats need to be abolished… on so many levels. Again customer returns are ridiculously high for ridiculous reasons.

Now don’t get me wrong.. if there is something legitimately WRONG with your food or product..by all means return it but I have seen situations that it is clear there is buyers remorse and ya I’m gonna say it out right stealing taking place. It doesn’t take you sampling half a container of something to realize it tastes “funny”.smells “weird” “I just don’t like it”

Had a guy in Vancouver at a conventional. large grocery chain I supervised (so most returns came through me) at… oh my Lord!!! He quite literally ate like a king on $20 a week. Eat half and return the rest no questions asked. Or buy too much and return shit he let go bad. I finally had my fill when he brought back a beautiful piece of wild salmon (previously frozen) 5 days old.. WARM!!!! cuz it “smelled funny” I was like.. I can find another job. “Oh HELL no buddy… this is not happening! Not today! Not on my watch!” The rest was kind of a comedy because he had to get really creative to avoid me and I was now Batman to his Joker. Luckily management did back me up because he was clearly a mentally ill thief. What’s even more aggravating is you KNOW he was pulling the same crap at other stores.. so essentially he was probably MAKING money! Grrrrrrrr

Who do you think swallows this waste? Certainly the bottom lines of companies but also the environment, the animals who lose their lives to end up in dumpsters…because where do you think these indecision’s and delicate dispositions end up??

When did we get so entitled and indifferent? Not just to the companies enabling frivolous returns but to the environment who has to hide this shameful behavior, Again..the animals that died and the underpaid hands that went into the production of the lipstick, perfume, potato salad you tried the sample of in the store but didn’t “like” it when you got home???

So take some personal inventory .. And if you are a chronic returner or excessively wasteful person..PLEASE stop it..it’s socially, environmentally and economically irresponsible behavior.

And don’t even get me started on plastic bags and bottles!!! 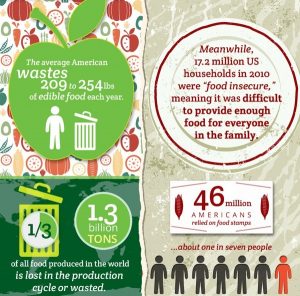 If we had to pay the bill to nature, what would food waste cost us?

How best-before dates may contribute to food waste

How to Solve the Food Waste Problem. 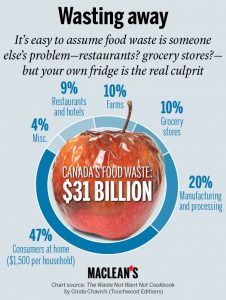 Too true. I defrosted my mother’s freezer last week and ended up throwing out about 25 pounds of old meat and vegetables. Such a shame.