Early Jainism and the Rejection of Animal Food 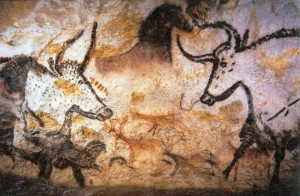 “Omnivore” is the kind of animal I am, and I try to be ethical about my food. Vegetarians and vegans also say they want to be ethical, but their beliefs seem irrational and unnatural to many of us omnivores. I have heard veganism referred to as a “religion” (just as atheism, in some of its manifestations, can be called a religion). In fact, from what I understand, an extreme form of vegetarianism did begin as an aspect of a particular religion. This is from Joseph Campbell’s “Masks of God” series, specifically Volume Two, Oriental Mythology. Campbell, the eminent mythologist, wrote about the mythic systems and symbols of early human cultures.

One of the functions of myth is to reconcile humans to the realities of life. Included in these realities are these readily apparent facts: All living things must die, and all living things must eat. Despite the sometimes harsh experiences related to these facts, the earliest myths indicated a sense of gratitude, wonder, and delight in this world, a confidence that the world itself is a holy being, and an understanding of a circle-of-life in which humans fully participate.

Campbell proposed that there was a “great reversal” at the time of the earliest civilizations. A sense of the holiness of the world departed, and there arose a yearning for release from this world in one way or another (e.g., salvation to another world, or release from the circle of birth/death/rebirth). There was a sense of disillusionment with the universe.

An ancient (early-to-mid first millennium B.C.E.) and particularly extreme example of this post-reversal attitude was Jainism in the area of what is now India & Pakistan. (Early Jainism was pre-Hinduism and pre-Buddhism though some of its tenets and philosophies survive in some forms of both; I make no comment on Jainism as it may be practiced in modern times.) A central part of early Jainism was rejection of animal food and of any killing, as part of the “virtue” of “non-injury.”

Eternally recurring reincarnation, which originally had been a comforting belief associated with the perceived circle-of-life, was dreaded and abhorred by the early Jains. Their goal, as revealed to them by various teachers they called “World Saviors,” was annihilation by austerities, such that the individual would never again have to be reborn. This was to be achieved through a gradual reduction of participation in life, and could only be attained by increasing the austerities through as many lifetimes as it took to achieve perfection (perfection meaning total annihilation, which they called “nirvana” or no-breath). Adherents were to engage in increasing periods of fasting and chastity. They were to avoid hunting, meat-eating, intoxicants, uncooked vegetables, picking fruit from trees or eating anything with the seed still in it, and having sex even with the spouse (ultimately, having any contact with the opposite sex was prohibited). 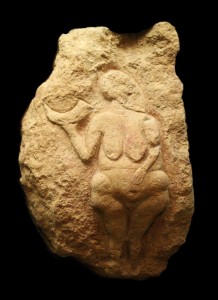 Eventually adherents who had reached a high level of virtue were to withdraw from everyone, remove all bodily hair, stop taking care of the body, and eat only once per day. Then they were to go naked (except women, who were deemed to have an ineradicable emanation of life from their bodies, thus they were not allowed to go naked and could never be virtuous enough reach nirvana). In the last step, they were to assume an extreme yoga posture, and remain perfectly still while starving themselves to death. If they could do all this without error, then they would never have to be reborn and would cease to exist in any way. This final, eternal death was their nirvana.

Obviously, this early religion went miles beyond modern vegetarianism, or even veganism in its less extreme forms. But it is perhaps illuminating that the earliest people, the hunter-gatherers, had a religious sensibility that gave them an understanding of the circle of life and a joy in this world. The no-meat, no-killing folks (who would become non-eaters when they became “virtuous” enough) had no joy in this world, and their practices of “non-injury” were forms of disengagement from what they saw as the unremitting pain of life on this earth.

Joseph Campbell’s work revealed to me: Early hunter-gatherers (and the earliest keepers of livestock & growers of crops) responded to life as it is in this world with a joyful YES; the disillusioned people of the great-reversal responded with an anguished, self-denying NO.