Roots of Consciousness: Plants can think, feel and learn. 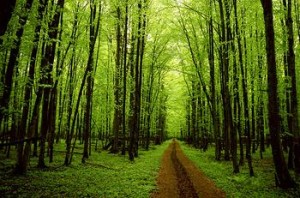 Can plants sense things? Can they feel things? Do they understand the world around them? Are they similar to animals only moving too slow for most creatures to register their reactions? Do plants make noise and communicate to other organisms with sound? Do the express fear and anticipation of pain?

The answers will blow your mind and shock you. Plants are a lot more like animals that we ever thought possible. Their senses and awareness of the world around them are quite astonishing.

For years there has been a lot of old school ideas about plants circulating around in the general and scientific community. This has lead to the supposition that plants are somewhat secondary life forms, unworthy of the same respect as animals, or an appreciation of what plants are capable of. But modern science has shown that plants are capable of far more things than ever imagined. There is something very animal-like going on with plants. They can problem solve, communicate with each other and other species, call for help when being attacked and discern what sort of attack they are under. They can and do engage in chemical warfare, parasitism, problem solving, pain recognition, visual abilities, audio reception and preferential distinction and reactivity. Plants are not lower life forms. Rather they are different life forms. The dietary consumption of plants exclusively as an ethical alternative to consuming animals has brought moral gambits into play which further relegates plants to a devaluation.

In this series I am here to share ideas on plants and the dissemination of scientific and research studies on plants in order to combat the negative stereotypes and add a more balanced perspective on plants. In essence to give plants an intermediary voice and representation in a heavily prejudicial anthropomorphic world.

Do plants hear? Are they aware of voices and music?

Surprisingly plants do respond to sound. Particularly between 3000 – 5000 cycles per second. researchers have reported remarkable results using various sounds from static buzzing to voices to music.

Like humans plant tastes in audio stimuli vary and so do growth results.

Some plants prefer soft jazz and classical music. Many plants respond particularly well to traditional Indian music. Others actually grew best with heavy metal music (which other researchers insist withered or killed plants in their experiments). And plants seem to respond to prolonged reassurance or positive toned human voices while being severely retarded in growth by yelling and angry voices.

Additionally plants exposed to music of preference or positive vocalizations will change their growth by angling 15 – 20 degrees toward audio sources when favorable.

Perhaps even more interesting than massive increases in growth rates, earlier and longer lasting blooming periods, and more pronounced and robust growth is the fact that some plants also emit sound. Audio signals have been measured by corn plants for example. Now what these sounds mean or to whom or what they are being broadcast is hard to say. But the plant is definitely speaking in its own regard.

So plant communication and response to acoustics and harmonics is far more complex than once imagined. It is difficult to know all of the reasons for these impacts or for plants to be aware of sound, but whatever the reasons, it is always fascinating to learn just how much more advanced plants really are, and how much further we have to go just to be able to better grasp plants and their reception and perception of the world around them.

To assert that plants have ESP (extra sensory perception) beyond just touch, taste, sight, smell, and hearing flies in the face of everything we think that we know about plants.

But the botanical world has been subject to radical discoveries for the last several decades and many of them were made by some of the more brilliant minds of our times. By experts and teachers and innovators in fields not initially related exclusively to plant sciences.

One of the early pioneers in plant senses was actually America’s foremost lie-detector examiner and expert in the field of galvanometers and their use. His discovery of plant reactions and responses was an accident.

In fact the Dracaena massangeana in his office was a gift from a secretary who felt that his office was too bare and should have a touch of green in it. This was in back in the 1960’s.

In 1966 he had been up all night in his school where he teaches lie detection to law enforcement and security agents from around the world.

On curious impulse he attached electrodes from one of his lie detectors to the leaf of the plant to see how it would react to water poured on its roots and how fast the reaction would be?

As the plant sucked up the water he was surprised that it did not indicate less resistance as might have been expected by greater conductivity. The pen on the graph paper instead of trending upward in a straight line, was trending downward in a sawtooth motion.

The galvanometer which is part of the lie detection machinery that uses a weak current of electricity that is passed through a human being which registers changes in emotion or responses to imagery.

The dragon tree was giving Cleve Baxter what appeared to be an emotional response to the stimuli of being given water.

Could the plant be displaying emotion?

Knowing that the most effective way to trigger a strong reaction in a human being was to threaten their well being he dunked the leaf in a cup of hot coffee.

There was no reaction on the meter.

Wondering at this he decided to go for broke with the worst threat possible. He would burn the leaf with the electrodes attached.

The instant he thought of fire, before he could reach for his matches the galvanometer trace pattern reacted dramatically. Radical upsweep strokes of the recording pen. Baxter had not moved toward the plant or the machine.

What was happening? Could the plant be reading his mind?

He left the room and returned with some matches to find more sudden surges on the meter. His determination to carry out the threat seemed to be causing this.

He reluctantly burned the leaf to test the response. This time there was a lower peak in reaction.

Later as he went through the motions of pretending to burn a leaf there was no reaction whatsoever. The plant appeared to be able to discern between actual and fabricated intent.

This began a long series of tests in which a variety of plants and a variety of testers (Baxter was worried that he could be overlooking or somehow misinterpreting the experiments) were conducted upon his request by collogues all across the country with many similar results.

Now this is data that began a progressively more intensive study by an increasingly more impressive ensemble of researchers and scientists into the abilities of plants.

It is only a tiny glimpse into what was termed “The Baxter Effect” and this does not even begin to scratch the surface of what plants actually do and are capable of doing.

I include this most basic foray into the world of what plants are like and what they feel because it is long overdue that people start to leave the “Botanical Dark Ages” in the past and start to learn more about what plants are truly capable of experiencing and doing.
We humans are impatient.  We kill each other. We kill animals. We kill plants. Its the cycle of life. But we are no better than anything else and we are not as removed in our mental and emotional development as we might think that we are, from other animal species.

And it turns out that plants are not as removed from animals and emotional and tactile experiences as animals are either.

Life is interconnective. And it turns out that plants are far more evolved and like animals than most humans could possibly imagine. Just because they are more subtle and slower does not make them less important, or lesser period!

With an underground “brain network” and the ability to react and remember, plants have their own kind of intelligence – and may even cry out in pain.

A fascinating read for those wanting to learn more about the growing field of plant neurobiology and sciences is “The Secret Life of Plants” by Peter Thompkins and Christopher Bird.

This is a great little video with more info to enjoy about the wonders of the plant world: Do Plants Feel Pain.

Thank you for tuning in, more to come1

A+ for the Plant Kingdom!! Everything is interconnected and the sooner we realize that we human animals are part of that circle…not the centre of it….the better!! Great stuff Erik!

You know it sister!

Great blog, thank you Erik Brush for the writing!

I’ve been enjoying reading some of the research into the “Baxter Effect”; reading inspired by your piece. Exploring consciousness and the many ways it (might) exist in lifeforms is a topic of high interest to me, and this curiosity has largely led to my own reasons for eating & consuming ethically. Thank you again!

This seems like an appropriate place to share the following. Link to the full 1hr documentary contained in the article:
http://thespiritscience.net/2016/01/06/this-video-will-completely-alter-your-perception-of-the-intelligence-of-plants/

Thank you so much for the kind words! This wonderful link will be added to the blog!

This is an absolutely amazing blog! Thanks for the great read. You’ve given me some new ideas with my garden, too!

so I checked out many of the science books you recommended from my library. Also, having been deeply attached to my garden for years, I know plants can feel and react. a tree or bush I am pruning too much will usually give me an electric shock to remind me to stop. growing in the desert is a lot of work, so brings me very close in touch with almost all my plants daily.

plants react, communicate, feel. science once said dogs didn’t think. everyone who has had the pleasure of a close human-dog bond knows that dogs think, consider, know rules, choose to break them, feel guilt, can be Noble besides being selfish. let’s remember plants are alive too, and evlved with us, evolved fruit and flowers to interact with us. plants have intelligence and vegans can’t claim that killing plants isn’t also murder. all life deserves respect. if only life were as simple as being vegan= no murder